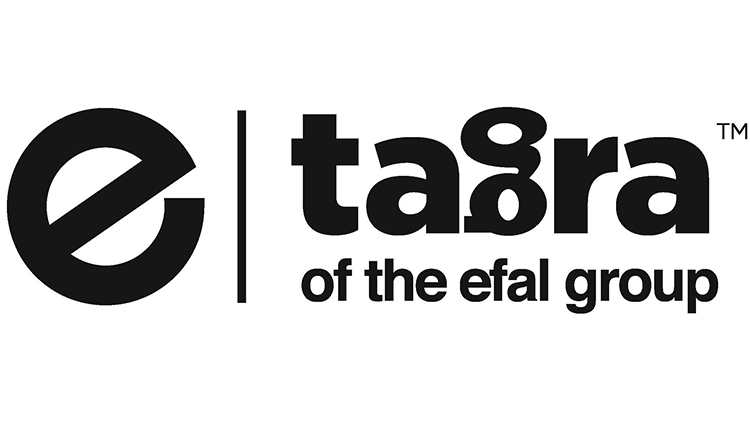 Resveratrol’s properties make it a promising skincare ingredient but formulation challenges have prevented the realization of this potential. Tagra Biotechnologies is seeking to clear these barriers using microencapsulation technology.

Resveratrol contains a compound that inhibits an oxidizing agent, has anti-inflammatory and antimicrobial properties and exerts stronger antioxidant effects than vitamin E and C.1-4​ Studies show it can stop skin damage and improve skin firmness, elasticity and density.5-7​

Yet, resveratrol has struggled to gain traction in skincare, with consultancy Future Market Insights noting that formulation issues are “denting consumer confidence​” and “posing challenges vis-à-vis its adoption​.”8​

Resveratrol is not water-soluble so has to be dissolved using other means, such as organic solvents and oils. Additionally, resveratrol is an unstable ingredient. Under the effect of light and high pH, trans-resveratrol is transitions to the less active cis-form, limiting the duration of efficacy of topical formulations.9,10​

To assess if the technology can address the limitations of resveratrol, Tagra prepared and tested microcapsules of the ingredient, named CelluCap Resveratrol.16.17​

Trans-resveratrol content was quantified using HPLC and the entrapment efficacy determined (Table 1). The calculated yield of the microcapsule preparation was 85% to 90%.

Particle size analysis results are presented in Table 2. The mean diameter of the CelluCap Resveratrol microcapsules was 37.64 ± 4.04 µm (mean ± SD). The microcapsule population was homogenous in size.

Figure 1. ​Stability of CelluCap Resveratrol microcapsules compared to free resveratrol incorporated in topical o/w formulation after 1 and 4 months storage at 25°C. Data are presented as mean % of initial content (n = 3).

Figure 2. ​Stability of CelluCap Resveratrol microcapsules compared to free resveratrol incorporated in topical o/w formulation after 1 and 4 months storage at 40 °C. Data are presented as mean % of initial content (n = 3).

The formulations were tested under light microscopy to detect recrystallization. Free form resveratrol recrystallized over time at 25 and 40 ​C storage conditions. In contrast, CelluCap Resveratrol showed no observed leakage or recrystallization during the study (Figure 3).

Determination of the antioxidant activity by DPPH test​

The study was designed as an open, intra-individual study; each subject is her own control comparing.

The tested parameters were evaluated before and after twice daily treatment for 28 days by using 3D Primos Lite System and Cutometer.

The tested product is Tagra Lotion which contains 5% CelluCap Resveratrol as the only active ingredient (equivalent to 0.7% un-encapsulated resveratrol).

The objectives of the study were to evaluate:

1. The smoothing/anti-wrinkle effect of the studied product by measurements using 3D

2.  The effect on the skin biomechanical properties by measurements using Cutometer.

3. Subjectively it’s cosmetic acceptability, its efficacy and future use by analysis of the subjects’ answers to a subjective evaluation questionnaire.

Decrease in the Rz and Rt parameters represents less wrinkled skin which shows the anti-wrinkle effect of the product.

Under these study conditions, the results show, after 28 days of twice daily use, Tagra CelluCap Resveratrol Lotion, induced significant anti-wrinkle effect evaluated by 3D Primos Lite System measurements, characterized by significant decrease in the average value of Rz and Rt parameters with observation of less wrinkle skin in majority of the tested subjects (figure 8 and 9).

A significant decrease in R0 parameter presents a firming effect of the product. Under these study conditions, the results show, after 28 days of twice daily use, Tagra CelluCap Resveratrol Lotion, induced a significant firming effect evaluated by Cutometer System measurements, characterized by significant improvement in cutaneous firming parameter R0 with observation of firmer skin in majority of the tested subjects (figure 9).

Under these study conditions, the results show that the treatment with Tagra CelluCap Resveratrol Lotion was appreciated by majority of the subjects for its properties for its efficacy evaluated by subjective evaluation questionnaire. The results characterized by:

In a consumer study, after four weeks of use:

❖      81%  of participants agree that leaves the skin moisturized

❖      86 % agreed that skin appears more luminous, and skin clarity is improved, leaving a healthy and even tone.

Resveratrol is a strong antioxidant ingredient with the potential to underpin significant skincare products. However, product developers face challenges and barriers when trying to incorporate resveratrol into innovative cosmetics. Resveratrol’s photo and thermal stability, along with its solubility and recrystallization issues, are major concerns.

Encapsulating resveratrol within the microcapsule structure protected and hermetically isolated the ingredient from the environment, reducing degradation following thermal and UV stimulation. The powder-form resveratrol microcapsules can be mixed into any formulation type at the cooling stage during product development, with no need to use solvents to dissolve the ingredient and no risk of recrystallization.

Another benefit of the resveratrol microcapsules is that the process is easy and does not need force or heat, unlike other drug delivery systems. We have successfully optimized and scaled up the formulation.

Overall, the results obtained support the use of encapsulated resveratrol in topical cosmetic products. Microencapsulation stabilized resveratrol, ensuring the ongoing potency of the ingredient and its compatibility within formulations.