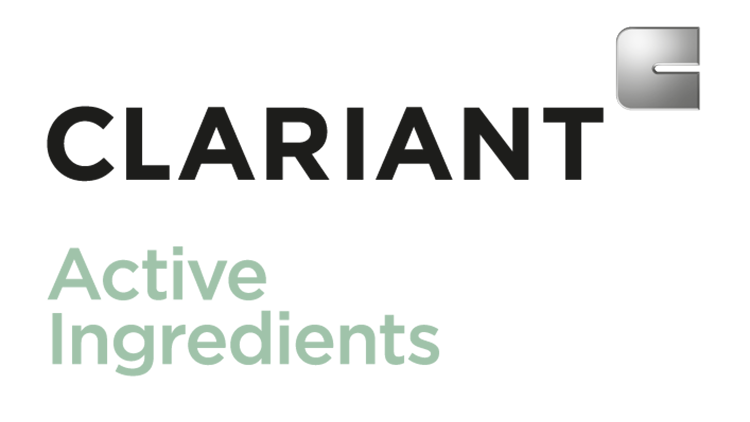 In 2018, skincare has become a serious business for consumers. The days when users of skincare impetuously bought beauty products in order to hide imperfections and damage to the skin is making way for a new approach. Long working hours, intense lifestyles and a 24-hour digital society have resulted in us living in pressurized environments, often to the detriment of our overall wellbeing and particularly to our skin health. However, consumers are becoming increasingly aware of the threats to our holistic wellness and are becoming more interested in the way their body works and responds to external influences. The skin is the largest of the body’s organs and there is now an appreciation that it needs to be cared for just as we would with the rest of our internal organs.

Following hot on the heels of this new generation of beauty and wellness thinking, the circadian rhythm or body clock is inspiring expert skincare. By understanding these rhythms and identifying when the skin will be under the most stress - when repair or protection is needed - products can be enabled to be more efficient at preventing skin damage and premature ageing as well as improving skin wellbeing overall. Developed by Clariant Active Ingredients, B-Circadin maintains the vital synchronization of the skin’s circadian cycle, rapidly improving the complexion while decreasing puffiness and dark circles.

In 2017, the Nobel Prize in Physiology or Medicine was jointly awarded to Jeffrey C. Hall, Michael Rosbash and Michael W. Young for their discoveries of molecular mechanisms controlling the circadian rhythm. Their winning research demonstrated that living organisms have an internal biological clock which helps to anticipate and adapt to a daily rhythm. Inspired by these results, Clariant Active Ingredients and its partner, BioSpectrum, have further advanced the knowledge of both the biological responses to this critical cycle and what occurs when it is disrupted.

The body is regulated by a global circadian rhythm, or, 24-hour biological clock. The term “circadian” comes from the Latin word “circa” meaning “around” or “approximately” and the word “diem” meaning “day”. According to day and night cycles, this circadian rhythm controls our physiological behaviour and metabolism, synthesizes molecules and hormones and regulates our sleep patterns and appetite. While primarily regulated by the brain, skin cells also possess their own circadian rhythm which is controlled by morning and evening gene expression depending on day and night cycles. The circadian rhythm is known to govern major biological responses according to this 24-hour clock. Such responses include aquaporin-3, which allows the transportation of water and glycerol involved in the maintenance of epidermal hydration. Skin cells also have an efficient detoxification mechanism called the Nrf2 pathway to eliminate free radicals. It is one of the most important detoxification pathways in the body and is also regulated by the circadian rhythm. Normally activated when protection is needed, the pathway plays a major role in the anti-oxidant defense mechanism that helps detoxify the skin. Nrf2 is activated when reactive oxygen species (ROS) – those contributors of oxidative stress which lead to irritation and aging, among other damage – are generated by some external aggressor. The defense is triggered in order to eliminate oxidative species and detoxify the skin so that no further damage occurs. When the cells’ circadian rhythm is desynchronized and under too much stress, they become overwhelmed and the detoxification pathway becomes less efficient.

Stress, jetlag, shift working hours, intense lifestyles and even exposure to blue light emissions from the screens of ubiquitous electronic devices such as laptops, tablets and mobile phones, disrupt the body’s circadian clock, which leads to the deregulation of the skin’s circadian rhythm. As a consequence, the skin essentially becomes “lost in time”, showing signs of fatigue and becoming more prone to external aggressors.

Genes that should be in full evidence in the morning are no longer well expressed and the same happens to gene activity in the evening, resulting in the rhythm of both being deregulated. These variations are what is known as “phase” and “amplitude” deregulation. Phase deregulation means that a gene is not expressed at the right time, while amplitude deregulation occurs when the difference between the higher and lower expression of a gene is altered. These deregulated phenomena in the circadian cycle weaken many biological functions of the skin which normally respect this rhythmicity. Such is the case of aquaporin-3, which, as noted earlier, is a vital function to maintain skin moisture levels and acts as a marker of skin homeostasis, and the critical detoxification Nrf2 pathway. Once this occurs, it leads to skin becoming more vulnerable, looking tired and dull. Overall skin well-being is impacted.

Figure 1: The effects of external aggressors resulting in desynchronization of the circadian rhythm and weakening of essential biological skin functions.​

B-Circadin is extracted from the Lespedeza Capitata​ plant, grown and harvested in South Korea where it is used for its medicinal properties. The circadian cycle regulating human skin also regulates the rhythm of certain plants, accounting for those leaves and flowers opening during daytime and closing at night. Containing two key glycosylated flavonoids directly involved in circadian clock maintenance - carlinoside and isoschaftoside - B-Circadin emulates the ability to resynchronize the circadian cycle within the skin cells, to regulate rhythm-dependent biological functions such as aquaporin-3 and Nrf2 pathway detoxification efficacy.

In order to comprehensively study the skin’s entire mode of action linked to the circadian rhythm, Clariant Active Ingredients undertook several experiments. The first covered the impact of B-Circadin on the maintenance and improvement to phase and amplitude regulation in an in-vitro​ cellular model.

B-Circadin was tested on a recognized circadian rhythm cellular model to evaluate its direct effect on it. Per2, morning gene, activity was assessed using luciferase assay on HaCaT cells to observe the circadian cycle. Dexamethasone (a known synchronizer) was used to set the cells in the same phase. Then B-Circadin at 0.01% was applied. A regular rhythm is defined by two parameters: the up and down 12-hour phase which refers to day and night rhythmicity, and amplitude. B-Circadin was able to establish a good circadian cycle rhythm, with both phase and amplitude not only maintained but even improved.

After demonstrating the synchronizing ability of B-Circadin, the impact of blue light as a stressor to deregulate the circadian rhythm was studied on a unique synchronized skin explant model. A skin explant taken from a 43-year-old caucasian woman was exposed to dexamethasone. Then, for a period of 4 hours the explant was exposed to blue light in order to induce stress leading to deregulation of the circadian rhythm. B-Circadin at 1% was applied both before and after blue light exposure, with the main circadian rhythm-related protein expressions studied after 24 hours and 36 hours, following the synchronization in order to observe the anti-phasic phenomena of morning (Per-2/Cry-1) and evening markers (Bmal-1).

In a regular circadian rhythm, morning and evening genes oscillate over a 24-hour cycle. On a non-synchronized model, the anti-phasic expression between Per-2/Cry-1 and Bmal-1 genes is not observed, they are all expressed at the same time. This confirms that circadian rhythm-related proteins are not spontaneously synchronized. On the synchronized model, we were able to confirm that morning and evening gene expressions are anti-phasic. Between 24 and 36 hours, when Bmal-1 expression increases, Per-2/Cry-1 expression decrease. It was also confirmed that blue light exposure disrupts the protein expressions level, with the difference between the 24-hour and 36-hour observation times for Bmal-1 and Cry-1 expressions not being significant. Amplitude is also reduced. Even if cells are synchronized, the negative impact of blue light as a circadian rhythm stressor is confirmed: the amplitude of the rhythm is altered but the anti-phasic phenomenon is maintained between day and night gene expressions. In summary, when B-Circadin is introduced to synchronized cells which have been exposed to blue light, the circadian rhythm proteins Bmal-1, Per-2 and Cry-1 are correctly expressed at the correct times.

In another unique experiment, which has set Clariant apart from competitive efforts, researchers demonstrated that essential biological functions such as aquaporin-3 and Nrf2 pathway are rhythm dependent, and with the introduction of B-Circadin, those functions were seen to be more efficient when cells are synchronized. B-Circadin was also seen to block the direct oxidative stress induced by blue light radiating from digital screens.

Following these experiments clinical evaluations were conducted with the objective of evaluating the impact of B-Circadin on volunteers’ skin's well-being – specifically complexion and appearance of fatigue - under circadian rhythm disruption caused by stress conditions such as working life imbalances or blue light exposure.

In two double blind clinical studies, Clariant Active Ingredients studied the impact of a deregulated circadian cycle on skin properties. The first study was undertaken on 17 Caucasian volunteers (all women) aged between 35 and 55 who worked at night - so having their biological rhythms disrupted. A cream containing 3% B-Circadin was applied twice daily to one half of the face and a placebo to the other half, for 28 days. Measurements were taken after one week and four weeks of treatment. A dull complexion is the key visual parameter associated with a deregulated circadian cycle. As such, the following parameters were evaluated: skin complexion by colorimetry using a goniospectrophotometer; analysis of photographic images and self-evaluation by the study participants. Volunteers saw their complexion visibly upgraded by over 17% compared to the placebo after 1 week and by 4 weeks, upwards of 35%.

A further clinical study was undertaken on 19 Caucasian women between the ages of 33 and 55 who had sedentary lifestyles, worked full time, experienced tiredness during the week and had vascular circles around the eye area. Over a 4-day period, the volunteers applied a cream containing a 3% concentration of B-Circadin on one half of the face twice daily, along with a placebo to the other half of the face. All the women were supplied with a tablet and each night for 2 hours, beginning at 7 pm, the women were exposed to its artificial-light screen in order to induce sleep disruption caused by the blue light effect. The study aimed to assess the impact of blue light on the circadian rhythm, its effect on skin and the effect of poor sleep quality, so to evaluate potential skin damage including signs of fatigue.

As the eye contour area is where the skin is thinnest and at its most fragile, it was selected in order to monitor several clinical parameters. As blue light damage can occur quickly, by conducting the study over a short time frame, the direct effect from blue light could be observed. After the 4 days of treatment, different skin fatigue parameters were tested including eye contour microcirculation. Eye contour was noticeably improved and puffiness decreased by 18%, when being guarded by the cream containing the B-Circadin.

B-Circadin is a leap forward in the development of innovative ingredients to protect skin from the stressors of modern living. With the increasing usage of digital devices showing no signs of abating and the demands of the working environment meaning extended or unusual working hours, B-Circadin will issue a real breakthrough in the treatment of dull, tired skin, improving its overall well-being.

B-Circadin was showcased at the in-cosmetics show in Amsterdam back in April through Clariant’s Rhythm N’ Blue Serum sheet mask. It also won bronze in the "Cosmetic Actives" category of the 16th​ BSB European Innovation Prize for cosmetics, natural products and chemical raw materials during the show.